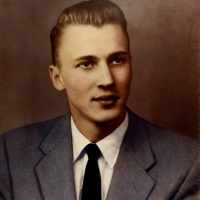 The Life of Carl Devon

Put your face in a costume from Carl Devon's homelands.

"Built on property donated by the Broadmoor Art Academy, the Colorado Springs Fine Arts Center was built in April of 1936. This was in the middle of the """"Gret Deperession"""" and Alice Bemis Tylor funded the project to help employ laborers who were unemployed."
1937 · The Neutrality Act

The Neutrality Acts were passed in response to the growing conflicts in Europe and Asia during the time leading up to World War II. The primary purpose was so the US wouldn't engage in any more foreign conflicts. Most of the Acts were repealed in 1941 when the Japanese attacked Pearl Harbor.
1947 · The Presidential Succession Act

The Presidential Succession Act is an act establishing the presidential line of succession. This was a precursor for the Twenty-fifth Amendment which outlines what is to happen when a President is killed, dies, or is unable to fulfill the responsibilities of President.

1 English, Scottish, and French: nickname for a brave or foolhardy man, from Old French, Middle English hardi ‘bold’, ‘courageous’ (of Germanic origin; compare Hard 1).2 Irish: in addition to being an importation of the English name, this is also found as an Anglicized form (by partial translation) of Gaelic Mac Giolla Deacair ‘son of the hard lad’.3 Scottish: variant spelling of Hardie 2.