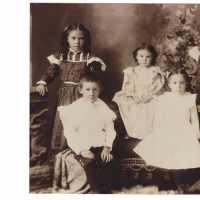 The Life of Eleanor

Put your face in a costume from Eleanor's homelands.

After three prior attempts to become a state, the United States Congress accepted Utah into the Union on one condition, that all forms of polygamy were to be banned. The territory agreed, and Utah became a state on January 4, 1896.
1909 · The NAACP is formed

1 Spanish and Italian: from bello ‘handsome’ (Late Latin bellus), hence a nickname for a handsome man or perhaps in some instances ironically for an ugly one. In medieval Italy the word was also applied as a personal name, which also gave rise to the surname.2 Catalan (Belló): variant of Abelló ( see Abello ).3 Galician: variant of Vello, from a personal name which is either a variant of Vela or a derivative of Latin vetulus, a diminutive of vetus ‘old’.