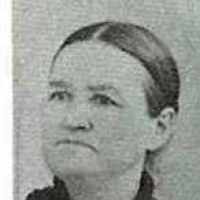 The Life of Sarah Elizabeth

Put your face in a costume from Sarah Elizabeth's homelands.

Convinced that a group of Native American tribes were hostile, The United States formed a frontier militia to stop them in their tracks. Even though Black Hawk was hoping to avoid bloodshed while trying to resettle on tribal land, U.S. officials opened fire on the Native Americans. Black Hawk then responded to this confrontation by successfully attacking the militia at the Battle of Stillman's Run and then left northward. After a few months the militia caught up with Black Hawk and his men and defeated them at the Battle of Wisconsin Heights. While being weakened by hunger, injuries and desertion, Black Hawk and the rest of the many native survivors retreated towards the Mississippi. Unfortunately, Black Hawk and other leaders were later captured when they surrendered to the US forces and were then imprisoned for a year.
1835 · First Fire Insurance

On Decmeber 3, 1835, the first fire insurance policy is issued by the Manufacturer Mutual Fire Insurance Company.
1862 · US Naval Academy

The US Naval Academy was moved to Newport, Rhode Island from its original in Annapolis, Maryland on May 9, 1862.

English variant spelling of Angel , or an Americanized form of any of the various European cognates mentioned there.

Brief History of Sarah Elizabeth ANGELL Sarah was born in Providence, Rhode Island to Solomon Angell and Eunice Young. Born in 1831, she was the oldest child in a family of eight children. She l …